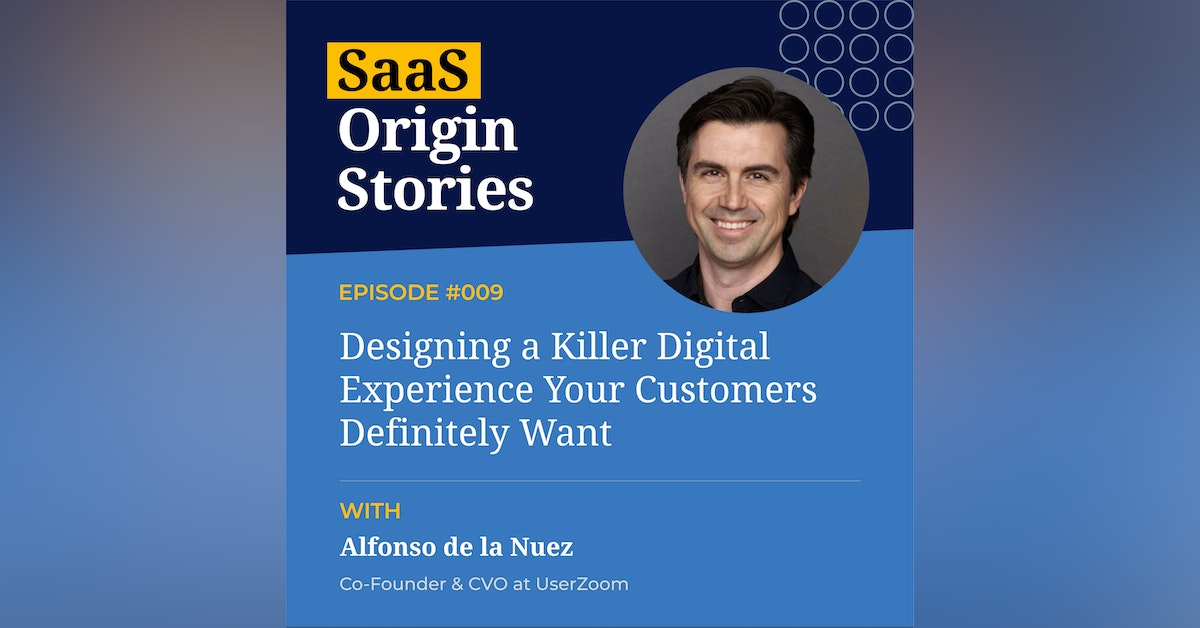 In this episode of SaaS Origin Stories, Alfonso de la Nuez, Co-founder and CVO of UserZoom, joins Phil Alves to share what makes a great user experience and how UserZoom helps you deliver a best-in-class digital experience.

The demand for a killer digital experience is higher than ever. But when launching a new product, you don't have the luxury of time to see if you’ve made the right choices regarding its design. You must know what your customers want for from the very beginning.

Fortunately, one piece of software allows you to get accurate user insights and create digital experiences people will adore: UserZoom. Today, one of its Co-founders and CVO, Alfonso de la Nuez, joins us to discuss:

Getting User Insights for a Better Digital Experience

UserZoom is a SaaS platform that helps businesses understand their end users by testing and measuring their behavior and the quality of experience with digital products. Thus, it gives you a better chance to create a great digital experience that will impact your business results positively.

What Makes a Great User Experience?

Retention is everything for a SaaS business. When you look at it in today's world, the end users purchase the software. So you have to build a phenomenal onboarding experience. A great UX design understands clearly what the end user looks for and even exceeds expectations by providing them guidance, convenience, and ease of use. When you deliver a great user experience, your customer will become your best salesperson and marketer.

The Difference Between a VC and Private Equity

Private equity typically likes to own a majority, put together their operating experience and capital, and grow with profitable companies. VCs tend to like minority investments and high, faster growth and a little more risk.

VCs are not that active now, while private equity tends to be very active - Alfonso de la Nuez

For more interviews from the SaaS Origin Stories podcast, check us out on Apple, Spotify or your favorite podcast player!

You'll get emails every time we release an episode.

Email has been submitted.