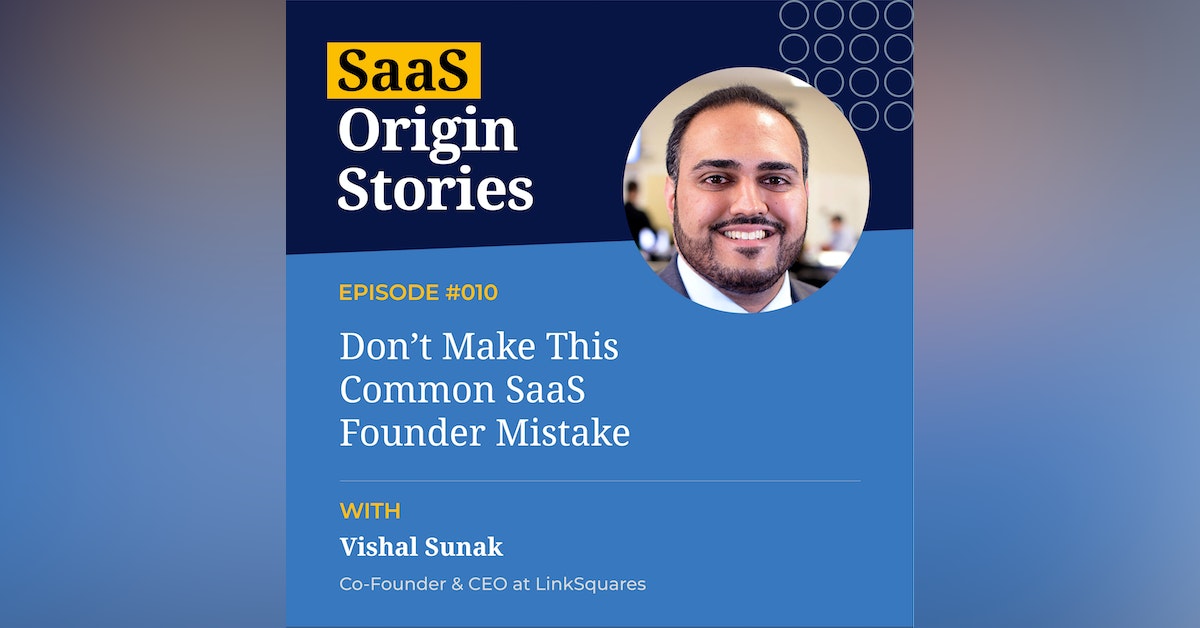 In this episode of SaaS Origin Stories, Vishal Sunak, Co-founder and CEO of LinkSquares, joins Phil Alves to share every step journey behind building LinkSquares, which includes the problem he wanted to solve, what makes the product unique, how his team d

Most B2B SaaS founders start their businesses with the desire to solve some problems. Great products come from those who have experienced these problems themselves. And many opportunities arise from unexpected places or situations.

That is how Vishal Sunak and his business partner, Chris Combs, came up with the idea of LinkSquares, an AI-powered contract management platform for legal teams. Their experience should become a playbook for SaaS entrepreneurs, and Vishal shares every step of their journey.

In this episode, we discuss:

Building a SaaS product might be exciting, especially if you're a builder. But many start creating their products too quickly. Then they are afraid to show the product to anybody because they don't know if they are creating something people want. Before building the product, ensure you're solving a problem multiple people face and would like to use your solution.

We will not build the software until we talk to 100 general counsels and ensure we make the customer discovery, which is important in understanding the problem we're solving - Vishal Sunak

When you start a SaaS company, you have to decide if it will be product-led, technology-led, or sales-led. If you decide on the product-led, find the technology that will allow you to focus on the product and not on the technology. One mistake many founders make is that they want to build their product and look for the most complex technology. Instead, use a stack framework platform that allows you to launch your product to market, like Ruby on Rails.

I didn't want to pick any weird MEAN or LAMP stack, like a flash-in-the-pan technology in which only sixteen people on earth are experts. But how do we make it easy to hire people who know how to code in Rails, React front ends, and PostgreSQL back ends, like standard stuff? Not get obsessed with technology - Vishal Sunak

Your product should look and feel modern so that customers would pay the full price. Deliver that modern experience by getting a top UX designer to make your product look great, investing in your branding, delivering trendy features, and thinking about high-level usability.

For more interviews from the SaaS Origin Stories podcast, check us out on Apple, Spotify, or your favorite podcast player!

You'll get emails every time we release an episode.

Email has been submitted.